The premier barroom troubadour of Eastern Long Island. That includes Montauk, the Hamptons on up to Riverhead and any town with an Indian name!  Josh Alan Friedman 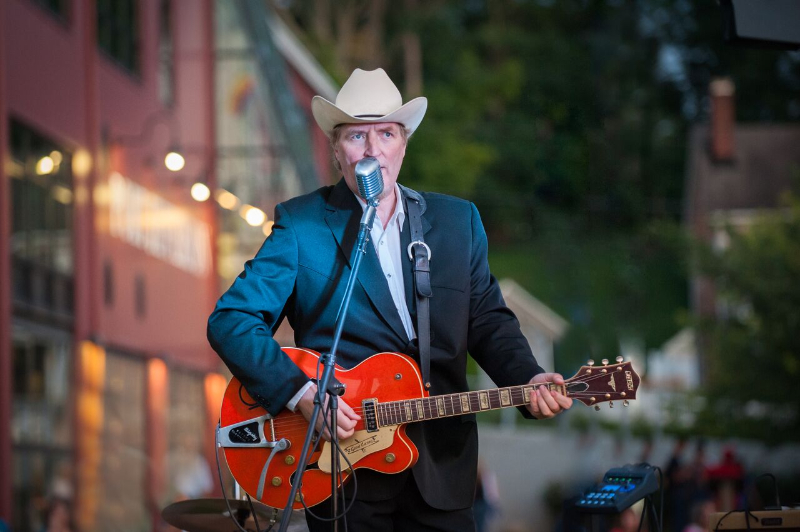 In the latter part of the last century, GENE CASEY departed New York City and its Punk rock/New wave scene for Long Island’s East End. There, he formed the Lone Sharks, “the house band of the Hamptons,” where bars were plentiful and audiences – both the local and the celebrated – were robust and loyal. Over the course of the next few decades Gene and the evolving line-up of Sharks “played – and tore up – every roadhouse, bar, and honky tonk from Manhattan to Montauk” (Bop Magazine), sharing the bill and backing legendary roots rock & roll acts as Wanda Jackson, the Band, Bo Diddley, Sleepy LaBeef, NRBQ, and the Ventures.

Gene’s original music met with great acclaim with local and international indie radio play. Several of his roots-drenched songs have been used in “A Prairie Home Companion” and on the soundtracks to television and feature films, including “Justified” and “Sons of Anarchy” ; the 2012 thriller “The Tall Man” starring Jessica Biel, the 2013 release “The Killing Season” starring Robert DeNiro, and Rob Reiner’s “Being Charlie.”

In 2014 Gene and the Lone Sharks were inducted into the Dan’s Papers “Best of the Best” Hall of Fame, having been honored over 20 times. A year later Gene, “the premier barroom troubadour of Eastern Long Island” (author Josh Alan Friedman) received the Long Island Sound Award by the L.I. Music Hall of Fame, “for contributions to the Island’s musical landscape.”

Northforker.com (the on-line arm of the Suffolk Times) named Gene and the group “People of the Year” for 2016.

2017 saw the release of “Guitar In The Rain” an album celebrating the roots of contemporary Americana with original songs that evoke the romantic sweep of 60s pop, classic C&W and the raw untamed spirit of early rock & roll.

2020 brings “Free Country: Essential Recordings” a compilation of some of the best songs culled from 20 years of  work, as well as  a unique arrangement of the public domain standard, “Home on the Range” where all of Gene’s influences and obsessions seem to converge.